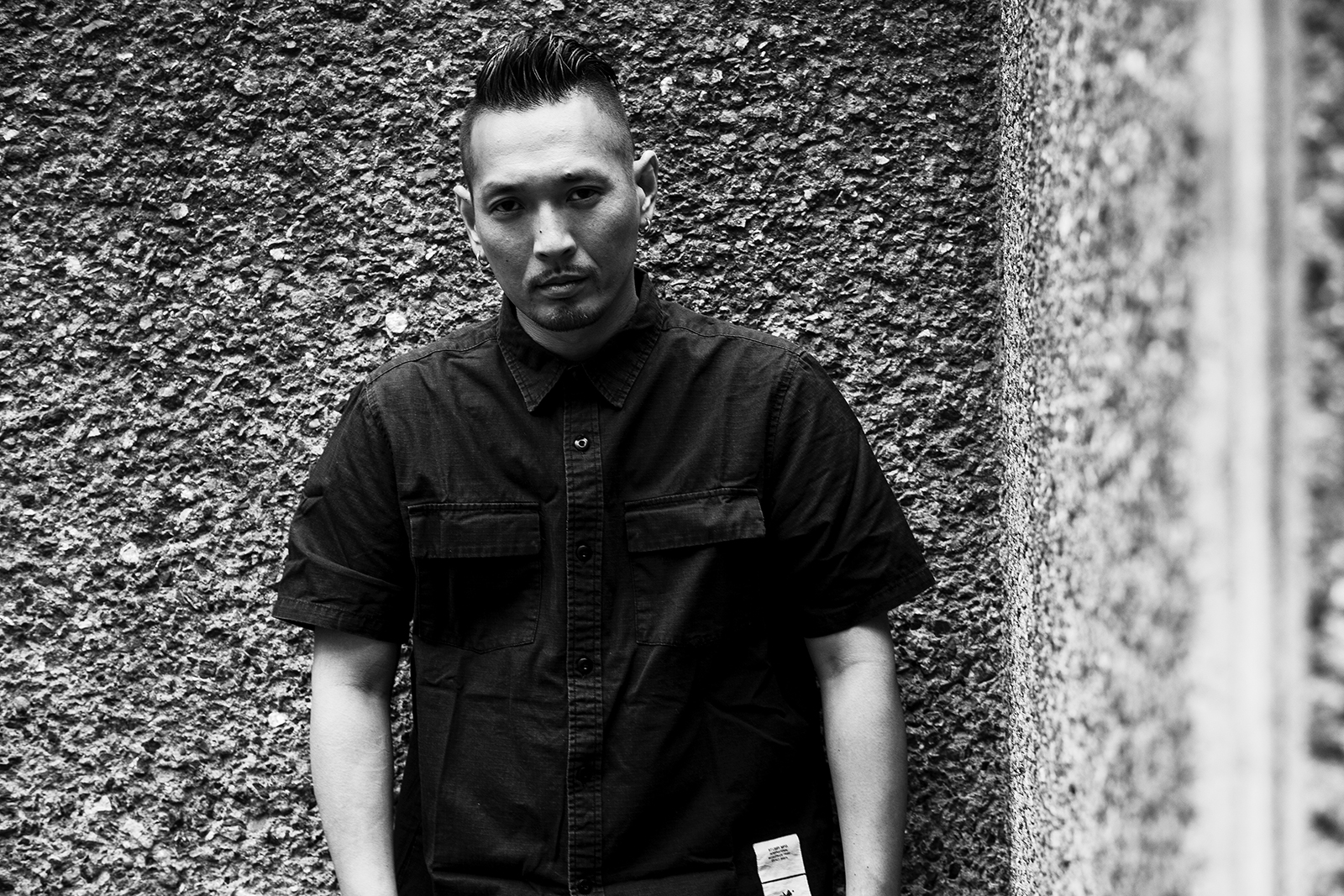 A unique producer with a unique style, Goth-Trad has emerged from the Japanese electronic scene in the last decade as one of the most arresting artists from his generation. ‘The Sound Originator,’ Goth-Trad creates remarkable dance music with an abstract approach.

Goth-Trad’s music career started in 1998. He soon formed Rebel Familia in 2001 with Takeshi ‘Heavy’ Akimoto (ex-member of Dry & Heavy) while continuing to work on his own. From abstract electronica to noise, from dub and reggae to jungle and rave music, grime to dubstep, Goth-Trad has always experimented and in the process developed his own unique style: blending influences and delivering music that is constantly evolving.

Between 2001 and 2004 Goth-Trad grew his notoriety on the Tokyo underground and went on his first European tour. He also released his first album, Goth-Trad I, and opened for The Mars Volta during their 2004 Japanese tour. His second album was released in January 2005, titled The Inverted Perspective it focused on the improvisational live style he had been developing in previous years and which he would continue to refine to this day. In March he played in Korea and in the summer established a new style called Mad Rave. ‘Mad Rave’ is Goth-Trad’s own take on dance music, refined and musically distilled through years of work.

This led to his third album, Mad Raver’s Dance Floor released in November 2005. Over 10 tracks the album condenses more than 10 years of dance music into an amalgamation of styles which flows seamlessly. The release tour for the album travelled to Berlin, Paris, Metz, London and 8 Japanese cities.

It was with this third album that Goth-Trad would finally break into the international market during 2006 thanks primarily to one track – Back To Chill – which would soon become synonymous with the Japanese dubstep scene. Inspired by the grime sounds he’d heard in London in previous years, Back To Chill also became the name of Goth-Trad’s monthly dubstep night in Tokyo – set up in 2006 – and saw a release on the UK label Skud Beats, his first official single on a non-Japanese label. At the same time Goth-Trad embarked on his fourth European tour, where he met with dubstep pioneer Mala from Digital Mystikz, at the seminal dubstep night FWD>>. This meeting led to Goth-Trad being signed to Mala’s Deep Medi Musik label and become a fixture of the international dubstep scene, which from 2006 onwards grew at an exponential rate and Goth-Trad soon became one of the genre’s most recognised and loved international artists.

From 2007 onwards Goth-Trad received increased support, respect and interest from across the dubstep and electronica scenes worldwide with people like The Bug, Kode 9, Blackdown, Juju and Skream all playing his music and sharing stages with him. Mary Ann Hobbs was also an early supporter on her Breezeblock show on BBC Radio 1.

Goth-Trad released his first 12” single for Deep Medi Musik in 2007, Cut End. That same year he also released a new Rebel Familia album, includ- ing collaborations with legends Arie Up and Max Romeo. He continued to tour extensively in Japan as well as starting more regular European tours where he appeared at the legendary DMZ dances among others. His eclectic and varied live show made him a firm favourite of European audiences and he has toured Europe every year since 2007.

In 2008 he released singles on both Skud Beats and Soul Jazz Records and for the first time he toured China in April. At the same time he continued to grow the Back To Chill nights in Tokyo providing a platform for the burgeoning Japanese dubstep scene. Over the coming years the night would see new Japanese talent added to the resident line up and play host to both local and international guests.

From 2009 to 2011 Goth-Trad continued to tour in Europe, Japan and Asia and released singles on Deep Medi Musik as well as remixes for European and Japanese artists leading to the Babylon Fall EP in late 2011, the precursor to New Epoch his fourth album. New Epoch was released on Deep Medi in early 2012 and marked Goth-Trad as one of the most important voices in dubstep. The album received praise from around the world with the UK’s FACT Magazine heralding it as one of the best dubstep albums of the year.

With New Epoch marking yet another milestone in Goth-Trad’s career, the Japanese one-man army – as Kode 9 once referred to him – is set to continue on his unique path. Always charting new territories while staying true to what motivates him:
making good and honest music that reflects the world around him.

After the release of New Epoch, Goth-Trad embarked on his worldwide tour across Europe, US and Asia including many Festivals such as Coachella, Fuji Rock, Outlook Festival, and Lockdown (Natherlands) to name a few. During the tour Goth-Trad was involved with various projects including the Dubspot workshop in New York and a project in Japan called “Z-Machines”, where he was asked to produce a piece of music for the first ever Robot Band. In the UK Fabric, invited him to play and also asked Goth-Trad to provide a mix for the event, around this time Goth-Trad was asked to remix Danny Scrilla and Lea Lea, Goth Trad showed his new direction on both remixes, especially “Lea Lea – Black Or White (Goth-Trad Remix)“ awarded 3rd place on XLR8R’s Best of 2013 : Top Downloads.

Alongside producing and touring, Goth-Trad still runs Japan’s most famous bass driven club night, Back To Chill in Tokyo city every month, inviting the newest local producers to play alongside the scene’s for runners such as The Bug and Kode9.

Not only do Goth-Trad and his team organize and curate the event with cutting edge, stunning visuals but Goth-Trad also provides the sound pressure with his very own soundsystem. In 2014 he collaborated with Red Bull Music Academy Tokyo for “Back To Chill – A Red Bull Music Academy Special Party” which invited American sludge metal band “The Body”.
In November 2014, he started his own Back To Chill label.

In 2015, GOTH-TRAD found a dubplate cutting studio “Was Alchemy” near his house, and he restarted cutting dubplates. As can be seen from his approach like the remix for Japanese noise core band “ENDON” and a collaboration with Heavy Rock Band “Boris”, his music was becoming more alternative. In 2016, his Back To Chill night had the 10th Anniversary, and he released very limited Dubplate & USB digital album “PSIONICS”. He featured “Boris” and American Experimental Hiphop MC “Dälek” on the limited dubplate.